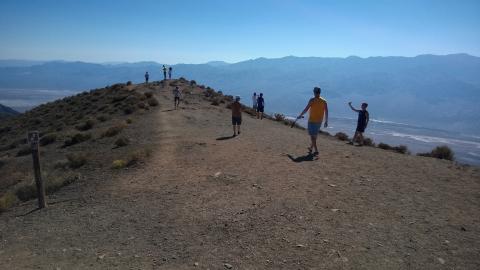 For the last several years I have been enjoying giving the Boostcamp’s Financial workshop. Together with Xavier Corman (now working at edebex.com) at the very start; and since then with Impulse (formerly Brussels Agency for Enterprises).  Throughout, it has always been a great experience for me to listen to the participants, their stories and their projects.

Now, over the years, which types of boostcampers do I usually meet again at a later stage?

The ones I usually run into again usually display the following characteristics:

So, rather than  looking at the charges you want to cover with your sales, approach the matter the other way around: Find a solution for a real problem (in the lean strategy wording: get out of the building!); and be sure people will be willing to pay you a “fair price”. Based hereupon, define what kind of organisation is financially feasible, for now and later, and how you will survive the classical starter’s cash valley of death.

Finally, remember that, an idea is just….well…an idea.

Martin van Wunnik is a seasoned and experienced independent project manager for financial projects. Next to realizing projects for large multi-nationals, he is a financial coach and strategist for individual starters (mainly tech). Martin also provides workshops and information sessions for several public and private organizations (e.g. Microsoft Innovation Center, Sirris) and co-founded in 2012 the Finance for Startups-community in Brussels (transferred to the Betagroup in 2014).  Feel free to follow #MvanWunnik on twitter or browse through Martin’s previous presentations for starters on slideshare http://www.slideshare.net/financecoach24/ .