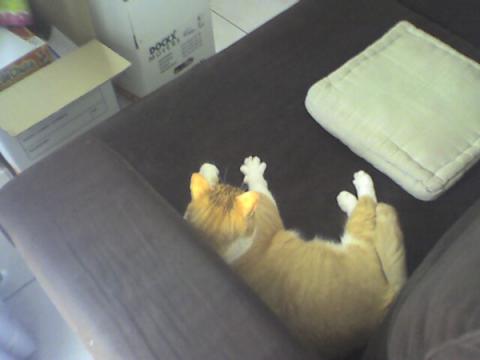 A football referee is someone who decides if Schrödinger’s cat is alive or dead.

Team A sees a clear hands, and shouts for a penalty.
Team B sees nothing special.

Like Schrödinger’s cat, dead or alive, both parties are 100% right until the observer looks into the box.

In our football case, the referee (i.e. the observer) is obliged by his/her role to do so and must decide: Penalty or Not deliberate.

Whatever decision this ‘neutral observer’ takes, one team will be angry, even furious, and disagreeing. The referee is neutral by definition, so his/her observation of the status of the cat at that moment, for that specific action (e.g. dead) will be valid for everybody.

But what when Team B deliberately faked innoncence, and thereby fooled the referees? The cat was actually alive, but they make it appear dead towards the referee.

Should Team A be mad at the ‘observer’, or should they be mad at Team B for their lack of fair-play? It is often the former (with sometimes additional yellow cards for Team A for arguing) although the latter would make more sense to me. In a similar way, consider the Penalty / Schwalbe (i.e. faking) discussions.

In all cases, the neutral observer played his or her part, opened the box and decided the cat was dead, so it is dead. Period. What is the logic of spending minutes, or even hours, for some on the pitch, others on the side lines or in television studio (with multiple slow-motions and image freezes from any angle, something the referee did not have), discussing that the cat was still alive according to them?

Football has and always will be a sport with passion, high running emotions and whether or not processed frustrations. All these aspects blur the objectivity and rational view of many players, not to mention supporters. Still, a neutral observer must be present and assume the responsibilities to open the boxes and decide. Let’s just accept that fact and the decisions taken by the referee, like good trainers do. They mention after the game that according to them, they deserved one or two penalties, and simply move on to the next game.

Funny that people tend to forget that no football game would last more than 5 minutes without a referee, ‘good’ or ‘bad’, depending if you are supporter for Team A or Team B.